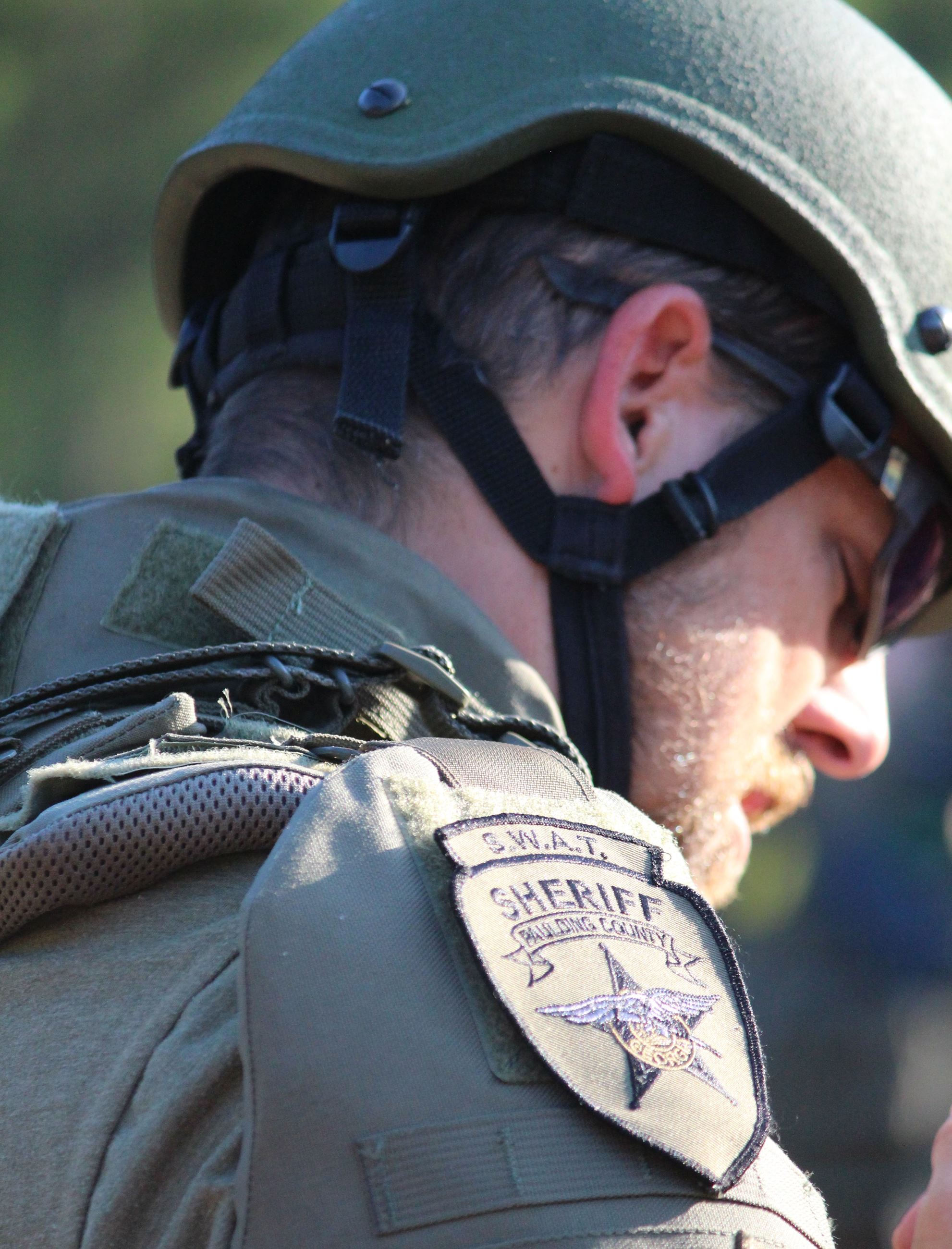 lopment of the Paulding County Sheriff’s Office SWAT Team began in 1998 with fourteen deputies. The team was formulated in response to the increase in violent crimes and the greater sophistication of the criminal element.  As the criminals became armed with greater firepower and variety of weapons, an immediate response by local law enforcement was required.

Over the years, the team has grown to over 20 team members including tactical entry members, tactical marksmen, explosive breachers, a gas team, and logistics team. 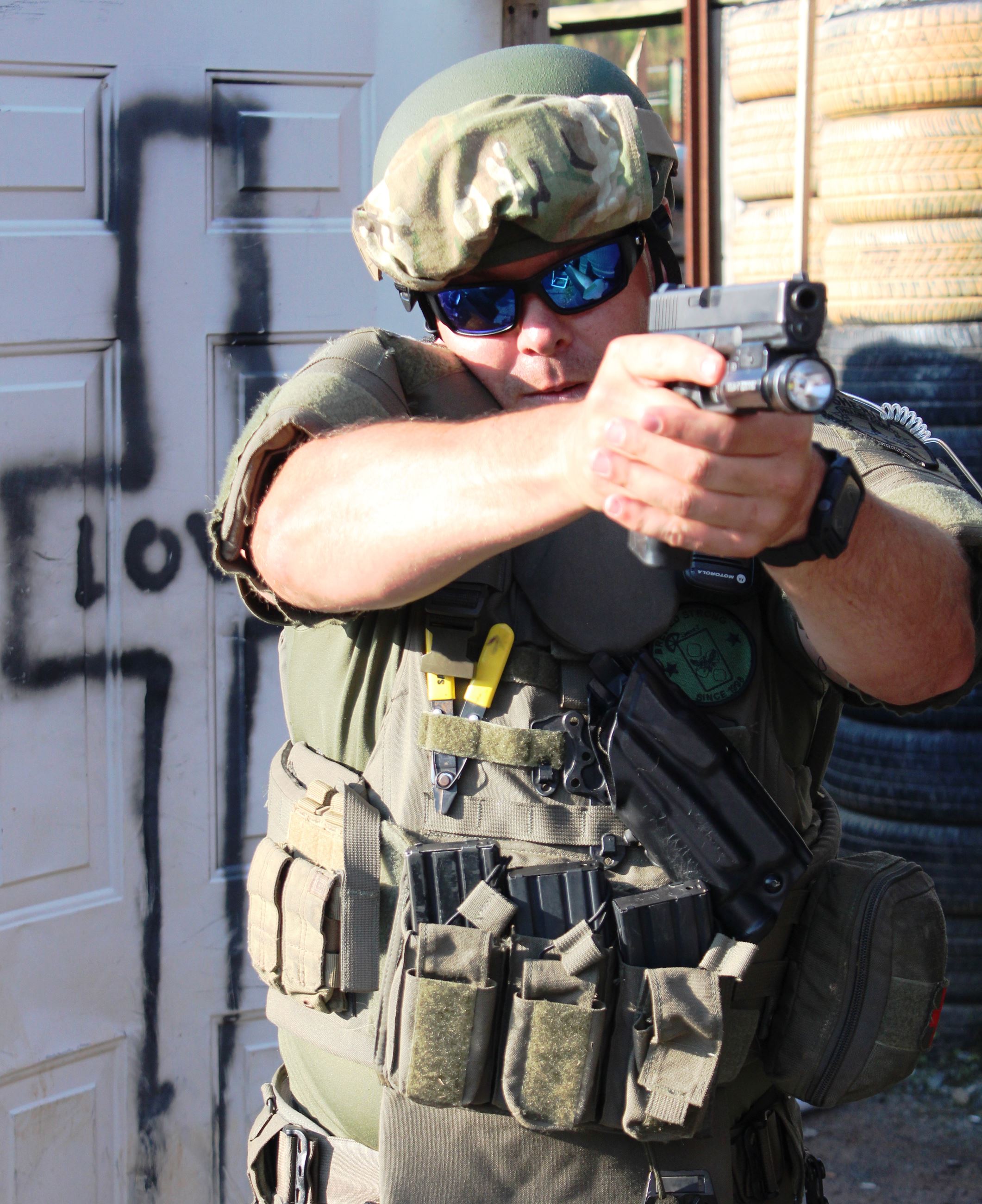 S.W.A.T. stands for Special Weapons and Tactics. Many teams in recent years have moved away from this title, because of what they see as a negative connotation attached to this term. Some now call themselves S.R.T., (Special Response Team), or E.R.T. (Emergency Response Team). Our team was originated with the title of S.R.T., and we have chosen S.W.A.T.

Numerous misconceptions exist around the S.W.A.T. philosophy. One of the primary misconceptions is that when S.W.A.T. responds to an incident, the use of deadly force is eminent or at least highly likely. This misconception was refuted in a study conducted by the National Tactical Officers Association, which revealed that agencies with S.W.A.T. Teams actually had less incidents of the use of deadly force than agencies without this capability. One of the reasons for this is the increased variety of special equipment and tools available to S.W.A.T., which allow the resolution of high-risk scenarios without the use of lethal force.

Our team trains for at least 4 hours every week. The tactical marksmen train for 4 hours additionally each month. Training varies to the needs of the team. Whether it be advanced firearms training or entry training, SWAT always trains and maintains a state of readiness, ready to respond when citizens need them most.

The SWAT Team also utilizes and trains with some of the greatest technology available, always striving for peaceful resolutions without having to use force. Utilizing equipment such as drones, robots, and remote cameras, SWAT can gather as much information as possible before having to send a team of men in to harms way in order to bring a situation under control.

The SWAT Team comprises of various team members, or operators, who specialize in certain tactics. Those tactics generally fall in to one of three areas within the Team: Command, Entry, and Sniper. 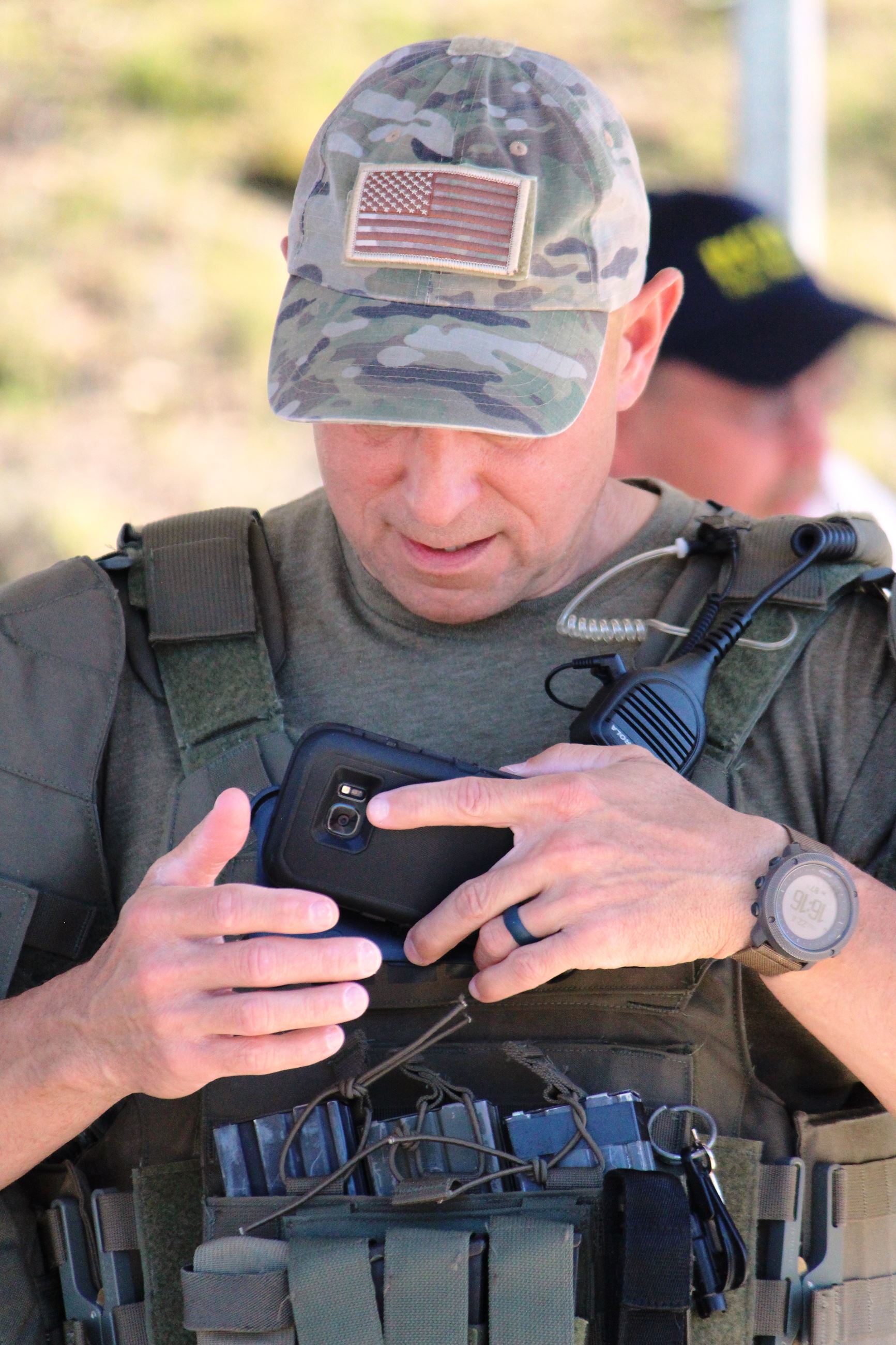 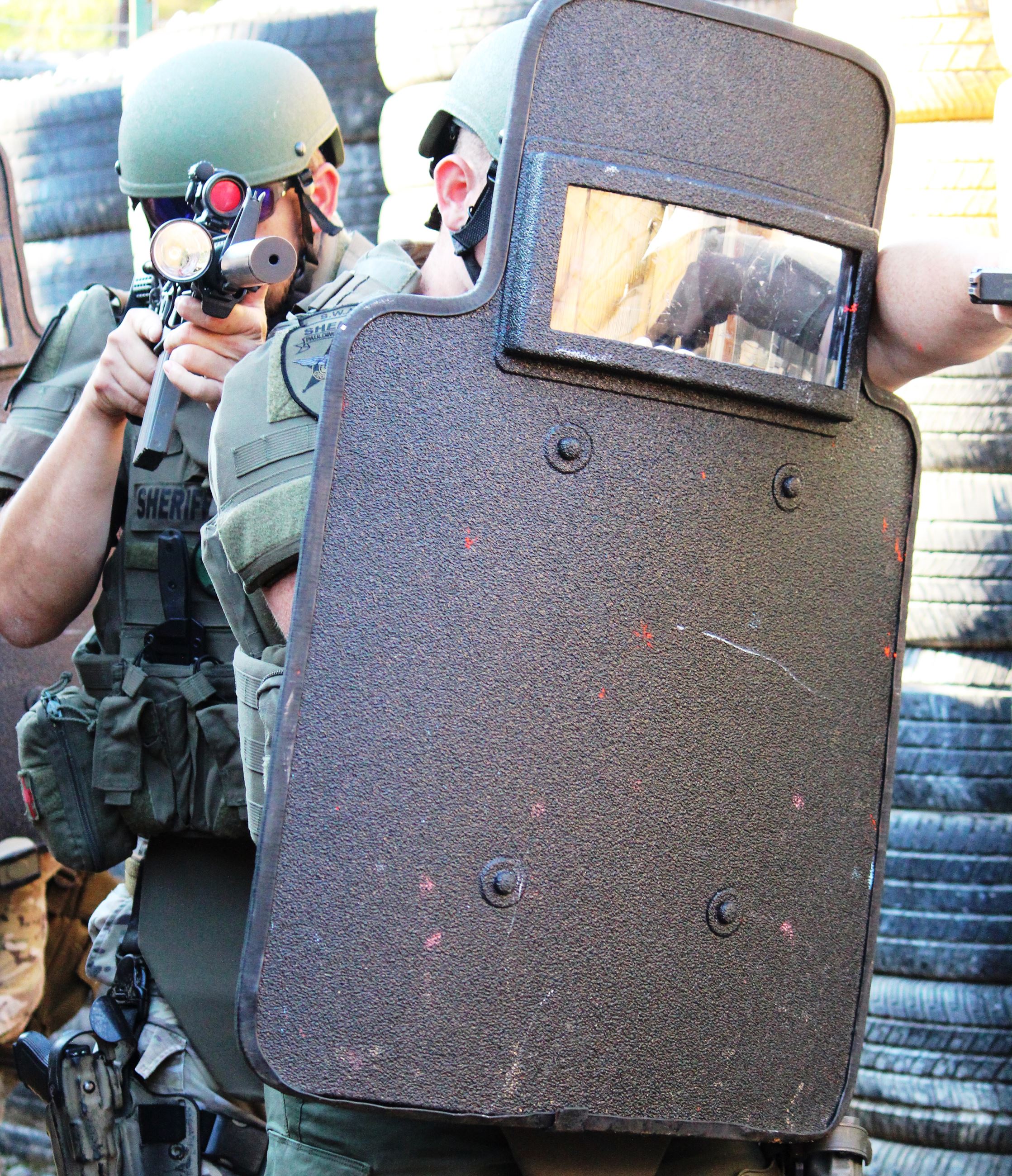 The Entry Team is comprised of operators who are not only proficient in marksmanship, but also close quarters and dynamic entries. Team members utilize various tactics and some of the latest technology to swiftly and safely execute a mission when they’re tasked. Operators on entry have vast knowledge and specialties in areas such as gas munitions, explosive breaches, rappelling, close quarter combat, and more. The Entry Team is under the direction of Team Leader Michael Whitley and Assistant Team Leader James Buckner. 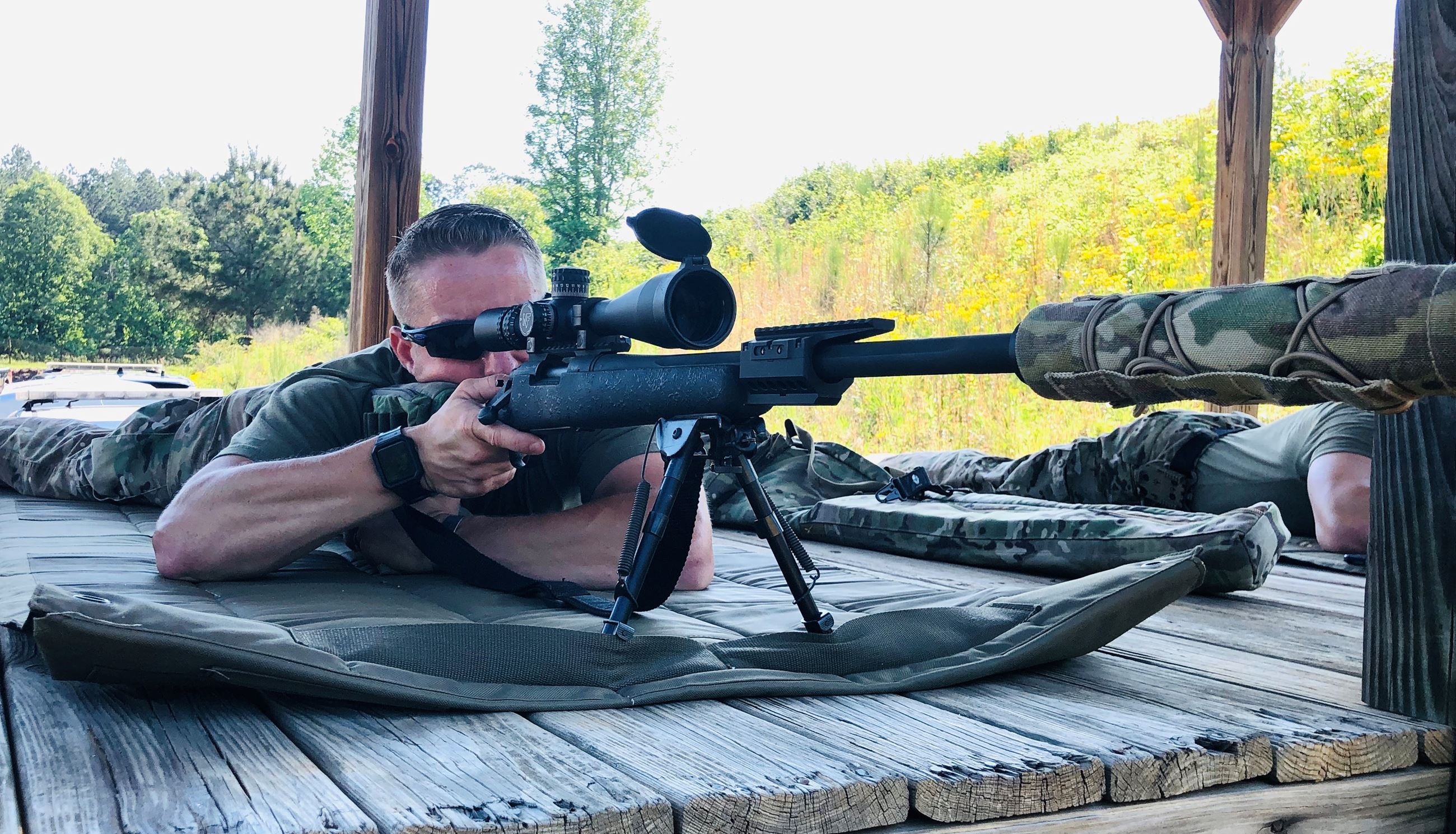 The Sniper Team is comprised of operators who are skilled marksmen. Every team member is trained on various tactics, including entry tactics, but snipers take their training further and hone their marksmanship at long distances. The Sniper Team is under the direction of Team Leader Ashley Henson and Assistant Team Leader James Bonnett.