Paulding County was founded on December 3, 1832 as Georgia’s 89th county. Paulding County is named after John K. Paulding, a Revolutionary War hero, who captured the British spy Major John André. Major André was an accomplice to Benedict Arnold in the attempted surrender of the fort in West Point, New York to the British Army.

Van Wert became the county seat. Van Wert was named after Issac Van Wert, another Revolutionary War solider who participated in the capture Major John André. In the Gold Lottery of 1832, Paulding County was seperated into forty-acre “gold lots”. People came from other parts of Georgia and other states to seek gold; however, many were not successful. Some of the immigrants remained in the county for agricultural purposes thus farming became the main occupation for Paulding County. Primary crops grown in Paulding County were cotton, corn, wheat, and tobacco.

Although the Removal Act was passed in 1830, most Cherokee Indian tribes that had inhabited much of Georgia did not leave Paulding County until 1838 on the Trail of Tears.

Between 1832 and 1874, parts of Paulding were annexed into Carroll, Cobb, Polk and Douglas counties. On December 20, 1851, a section of Paulding was used to form Polk County and the county seat of Van Wert was included in Polk County. Dallas became Paulding Countys new seat in 1851. Dallas is named after George Mifflin Dallas, Vice President of the United States under James Polk. On May 14, 1852, Dallas was founded on land deeded from Garrett H. Spinks and became incorporated in 1854. Paulding County has two other incorporated cities, Hiram and Braswell. 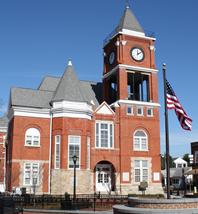 The first two courthouses of Paulding were built in the county seat of Van Wert. In 1854, Paulding County purchased land to build another courthouse in the county seat of Dallas. In 1892, the new courthouse was constructed. The building has been renovated several times throughout the years. The George T. Bagby Annex building was constructed in 1990. In 2008, the new Watson Government Complex opened and was dedicated to the Watson family. The new site is located at Constitution Boulevard in Dallas. The complex is the location of the courthouse and the administration offices for Paulding County.

Paulding County is well known for its role in the Civil War. In 1864, Union General William T. Sherman planned to take over Dallas to control the traffic on the county roads that led to larger cities such as Atlanta and Kennesaw. Confederate General Joseph Johnson commanded his troops to stop the Union from the attempted take-over. Because of the Union’s attempt to control part of Paulding County, three battles took place at New Hope Church, Dallas, and Pickett’s Mill. The battles delayed Sherman’s attack on Atlanta. Paulding County’s historic Henderson House served as the Union headquarters. Today, Pickett’s Mill is one of the best preserved Civil War sites in the nation. 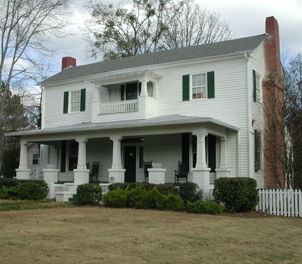 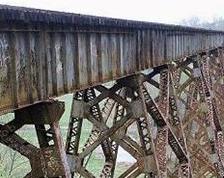 On April 4, 1977, Southern Airways Flight 242 departed from Huntsville, Alabama traveling to Atlanta. The flight crew was advised of the presence of thunderstorms and possible tornadoes along their route prior to their departure. The flight crew had flown that same route from Atlanta earlier in the day and only encountered mild turbulence and light rain.

During the flight, the weather intensified. The aircraft entered a thunderstorm cell and encountered excessive amounts of water and hail. The windshield was damaged by hail. Due to the massive amounts of water ingested, both engines failed. The pilots executed an emergency landing on State Route 92, also known as Highway 381 or Dallas-Acworth Highway, located in the New Hope Community. When landing, the aircraft collided with a gas station/convenience store and several other structures. The flight crew and sixty-two passengers aboard the aircraft died including eight people on the ground. Twenty-one passengers including both flight attendants survived.

The famous Silver Comet Trail, which runs through parts of the county, was originally a railroad. The trail is named after the Silver Comet Locomotive. The locomotive was a passenger train with dining and sleeping amenities. In 1992, The Georgia Department of Transportation purchased the abandoned railway from CSX. The land was purchased with the intentions of it becoming a transit extension but currently the land is being used as a trail for Paulding, Cobb, and Polk Counties. Construction on the trail began in Smyrna in 1998 and was completed in 2008 in Anniston, Alabama. The Silver Comet Trail is perfect for walking, biking, rollerblading, dog walking and horse riding. 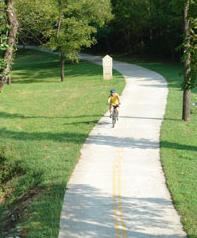