The Silver Comet Trail was originally a rail line that was constructed in 1897. From 1947 until 1969 it was used to operate the Silver Comet Passenger Service which is where the trail got its name. It continued to be used as a railroad track until 1989 when it was abandoned. In 1992 the Georgia Department of Transportation purchased the land that the tracks were on.

Construction on the Silver Comet Trail began in 1998 and was completed in 2008. The trail runs from Cobb County, Georgia to Anniston, Alabama. Once the trail gets to the Georgia/Alabama line it turns into the Chief Ladiga Trail. 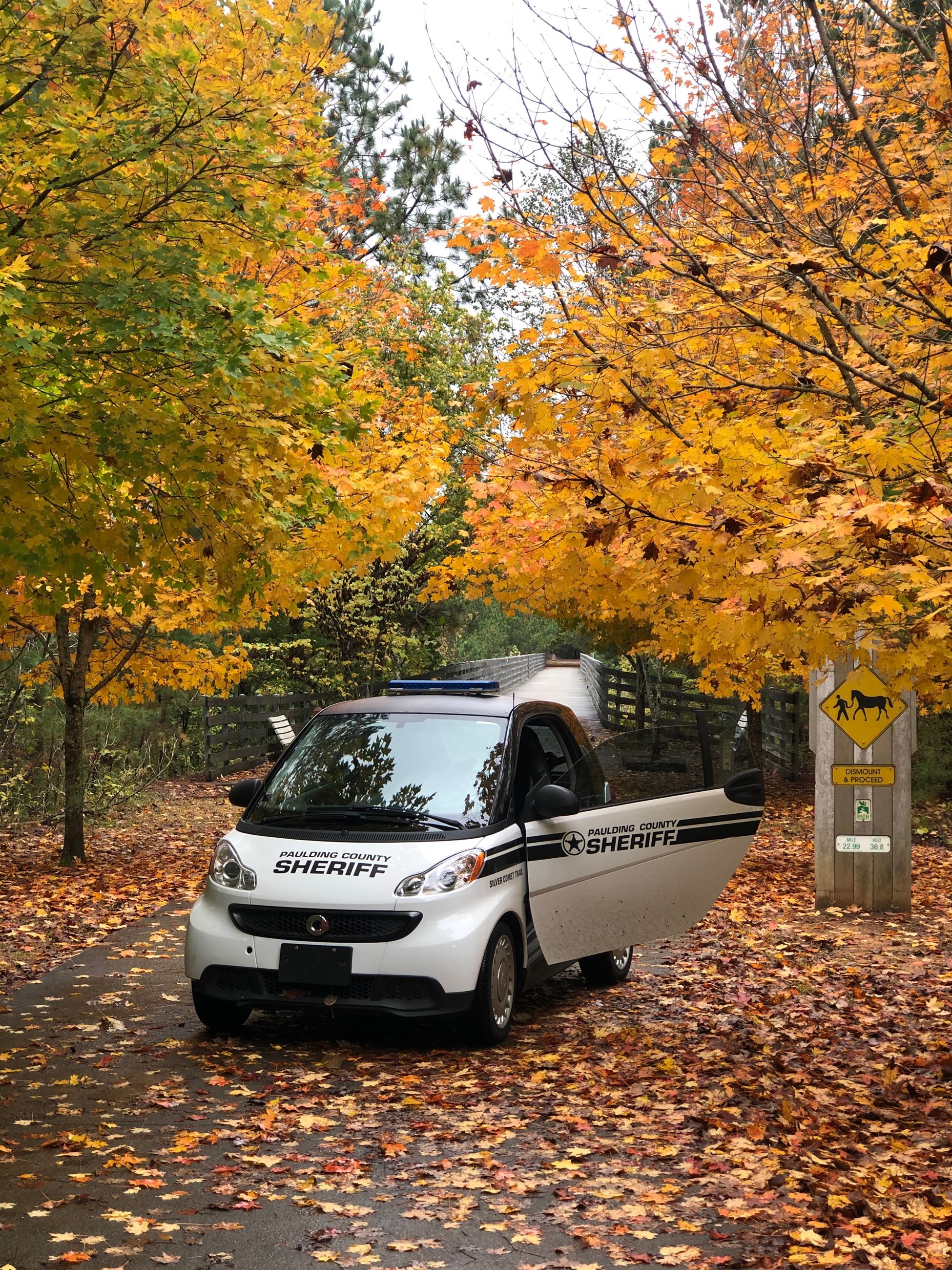 In September of 2014 the Sheriff's Office, the Board of Commissioners, and the Parks and Recreation Department partnered to make the trail safer by installing high definition cameras at multiple locations on the Paulding County portion of the trail. These cameras will be recorded and Deputies working the trail will have access to these cameras at any time.

If you have any questions about the maintenance or condition of the trail you can contact the Paulding County Parks and Recreation Department at 770-445-8065.